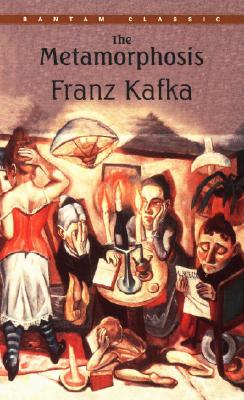 "When Gregor Samsa woke up one morning from unsettling dreams, he found himself changed in his bed into a monstrous vermin." With this startling, bizarre, yet surprisingly funny first sentence, Kafka begins his masterpiece, "The Metamorphosis," It is the story of a young man who, transformed overnight into a giant beetlelike insect, becomes an object of disgrace to his family, an outsider in his own home, a quintessentially alienated man. A harrowing -- though absurdly comic -- meditation on human feelings of inadequecy, guilt, and isolation, "The Metamorphosis" has taken its place as one of the mosst widely read and influential works of twentieth-century fiction. As W.H. Auden wrote, "Kafka is important to us because his predicament is the predicament of modern man."

Description: 0553213695 WE HAVE NUMEROUS COPIES. PAPERBACK. Light to moderate wear and creasing to cover/edges/corners. School markings and writing on/inside covers. Minimal markings/highlighting on/inside book, none of which detracts from content. Binding and cover solidly connected.